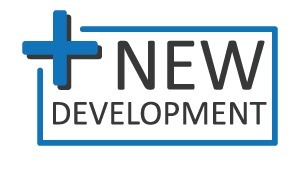 Earlier this month, and just two days apart, the Ninth and Eleventh Circuits reached opposite conclusions regarding two class action settlements: the Ninth Circuit overturned approval of a class settlement related to the alleged mislabeling of cooking oil in Briseno v. Henderson, while the Eleventh Circuit upheld all but one element of a class settlement related to the 2017 Equifax data breach in In Re Equifax Inc. Customer Data Sec. Breach Litig. Despite the courts’ divergent holdings, their analyses provide insight into how federal courts review fee awards in assessing the reasonableness of class settlements.

Notably, the Ninth Circuit took one step further than the Eleventh Circuit in applying newly-revised Federal Rule of Civil Procedure 23(e)(2) to impose a “heightened inquiry” obligation on district courts “to scrutinize attorneys’ fees for potential collusion that shortchanges the class, even in post-class certification settlements.” Briseno v. Henderson, No. 19-56297, 2021 WL 2197968, at *6, 13 (9th Cir. June 1, 2021).

The Ninth Circuit’s Decision in Briseno

The Ninth Circuit previously held in In re Bluetooth Headset Products Liability Litigation that district courts must apply a heightened level of scrutiny to pre-certification class settlement agreements to root out “subtle signs that class counsel have allowed pursuit of their own self-interests . . . to infect the negotiations.” 654 F.3d 935, 947 (9th Cir. 2020). Those signs include (1) “when counsel receive[s] a disproportionate distribution of the settlement”; (2) “when the parties negotiate a clear sailing arrangement,’’ under which the defendant agrees not to challenge a request for an agreed-upon attorney’s fee award; and (3) when the agreement contains a kicker or reverter clause that returns unawarded fees to the defendant rather than the class funds. Id.

However, the Ninth Circuit in Bluetooth left open the question of whether such heightened scrutiny applies to post-certification class settlements. The court’s recent decision in Briseno answered that question in the affirmative, holding that “[u]nder the newly revised Rule 23(e)(2), courts should apply the Bluetooth factors even for post-class certification settlements.” Id. at *5, 6. The Ninth Circuit went on to specify that under this revised text, district courts are obligated to consider “’the terms of any proposed award of attorneys’ fees’ when determining whether ‘the relief provided for the class is adequate.’” Id. at *6 (quoting Fed. R. Civ. P. 32 (e)(2)(C)(iii)). Recognizing that its sister circuits have yet to directly address the requirements of this provision, the Ninth Circuit nonetheless held that “the plain language indicates that a court must examine whether the attorneys’ fee arrangement shortchanges the class” and “makes clear that courts must balance the ‘proposed award of attorney’s fees’ vis-à-vis the ‘relief provided for the class’ in determining whether the settlement is ‘adequate’ for class members.” Id. at *6.

Applying this heightened scrutiny to the settlement in Briseno, the Ninth Circuit found that the settlement structure prompted concerns about the amount of funds awarded to class counsel versus the class. Specifically, the court noted that where “[t]he lion’s share of the money – almost $ 7 million – will end up in the pockets of attorneys, while the class receives relative scraps, less than a million dollars,” and the injunctive relief was virtually valueless, the “gross disparity in the distribution of funds between class members and their class counsel raises an urgent red flag demanding more attention and scrutiny.” 2021 WL 2197968, at *8. The Ninth Circuit was unpersuaded by the fact that the attorneys’ fees award “amounted to less than half of [plaintiffs’ counsel’s] lodestar,” since “even attorneys’ fees based on a reasonable percentage of an unreasonable number of hours … are still unreasonable.” Id. at *8. In addition to the “gross disparity” in funds, the Ninth Circuit noted that the settlement agreement also included the other two Bluetooth red flags, and thus raised concerns of collusion that required reversal of the district court’s approval.

In short, Briseno calls on district courts to “balance the ‘proposed award of attorney’s fees’ vis-à-vis the ‘relief provided for the class’ in determining whether the settlement is ‘adequate’ for class members,” even in post-certification class settlements and even where the attorneys’ fees are less than counsel’s lodestar amount. Id. at *6.

The Eleventh Circuit’s Decision in In Re Equifax Inc.

In In Re Equifax Inc. Customer Data Sec. Breach Litig., the Eleventh Circuit upheld class certification, and all but one element of a classwide settlement: incentive fees for class representatives, on the basis that it has previously held that such awards are prohibited. Id., No. 20-10249, 2021 WL 2250845, at *1 (11th Cir. June 3, 2021). The district court described this settlement as “the largest and most comprehensive recovery in a data breach case in US history by several orders of magnitude.” Id. at *2. The settlement provided an initial $380.5 million into a fund to benefit the class members and to pay attorney’s fees and expenses and incentive awards, as well as notice and administration costs. Id. at *2. The terms of the settlement awarded $77.5 million in attorneys’ fees. Equifax also agreed to pay an addition $125 million, if necessary, to satisfy claims for out-of-pocket losses and potentially $2 billion more if all 147 million class members signed up for credit monitoring. Id. at *3. Notably, the settlement agreement provided that “[i]n no circumstance does money in the settlement fund revert back to Equifax.” Id.

Despite objectors’ challenges to the $77.5 million attorneys’ fee award as unreasonable, the Eleventh Circuit affirmed the award using a “percentage method” to evaluate its reasonableness. Id. at *19. The “percentage method” stems from Eleventh Circuit precedent, and provides that attorneys’ fee awards in common fund settlements “shall be based upon a reasonable percentage of the fund established for the benefit of the class.” Id. (internal citations and quotations omitted). In applying this method, the district court found that the $77.5 million in fees was reasonable because it constituted approximately 20 percent of the common settlement fund.

Notably, the Eleventh Circuit rejected any requirement that the district court consider either the lodestar method or economies of scale – i.e., whether the percentage of attorneys’ fees should diminish as the settlement fund increases – when assessing the reasonableness of attorneys’ fees. In rejecting the economies of scale requirement, the Eleventh Circuit noted that such a factor may (1) “lack rigor because it provides no direction to courts about when to start decreasing the percentage award, nor by how much,” and (2) “create perverse incentives,” by “encourage[ing] class counsel to pursue quick settlements at sub-optimal levels.” Id. (internal citations and quotations omitted).