Contact Us
FTC Asks Congress: Restore Our Power to Protect Consumers
BlogPost
May 04, 2021 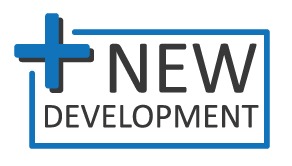 On April 27, 2021, the Federal Trade Commission (FTC) testified before the Subcommittee on Consumer Protection and Commerce to support proposed legislation that would revive FTC’s ability to seek restitution and disgorgement on behalf of consumers harmed by violations of the FTC Act.

From the 1980s until recently, the FTC took the position that Section 13(b) of the FTC Act, which permits injunctive relief, also authorized it to seek restitution, disgorgement, and other equitable monetary relief. FTC Testimony at 2. The FTC used Section 13(b) to reclaim and refund billions of dollars on behalf of consumers in various types of cases, including telemarketing, fraud, anticompetitive pharmaceutical practices, data security and privacy, scams that target seniors and veterans, deceptive business practices, and COVID-related scams. Id. at 1.

Rebecca Kelly Slaughter, acting Chairwoman of the FTC, testified that “the Supreme Court ruled that courts can no longer award refunds to consumers in FTC cases brought under 13(b), reversing four decades of case law that the Commission has used to provide billions of dollars of refunds to harmed consumers.” Id. She testified that in AMG Capital Management, LLC v. FTC, the Supreme Court “held that equitable monetary relief such as restitution or disgorgement is not authorized by the text of Section 13(b).” Id. at 3. She also noted that other appellate courts had reached similar conclusions. For example, she noted that the Seventh Circuit had held that “the word ‘injunction’ in the statute allows only behavioral restrictions and not monetary remedies.” Id. (citing FTC v. Credit Bureau Center, LLC, 937 F.3d 764 (7th Cir. 2019)). And she noted that the Third Circuit had reversed an award of “$448 million meant to repay overcharged consumers” because it found that the order exceeded the authority provided by the FTC Act. Id. (citing FTC v. AbbVie Inc., 976 F.3d 327 (3d Cir. 2020)).

Slaughter also testified that other court rulings held that the FTC “cannot seek injunctive relief under 13(b) in cases where the unlawful conduct is no longer occurring, even if there is a reasonable likelihood that it will re-occur.” Id. at 1. She testified that the Third Circuit held the FTC may only bring enforcement actions under Section 13(b) “when a violation is either ongoing or ‘impending’ at the time the suit is filed.” Id. at 4 (citing FTC v. Shire ViroPharma, Inc., 917 F.3d 147 (3d Cir. 2019)). In FTC v. AbbVie, Inc., the court cited Shire ViroPharma in dicta while holding the FTC cannot sue unless the conduct is “imminent or ongoing.” Id. Slaughter stated that decisions like this have hindered the FTC’s ability to settle cases because targets of investigations routinely argue they are immune to federal suits because they are no longer violating the law, even though they stopped after hearing the FTC is investigating them. Id. at 5. To that end, Slaughter encouraged Congress to enact legislation that would restore the FTC’s ability to seek equitable monetary relief on behalf of consumers.