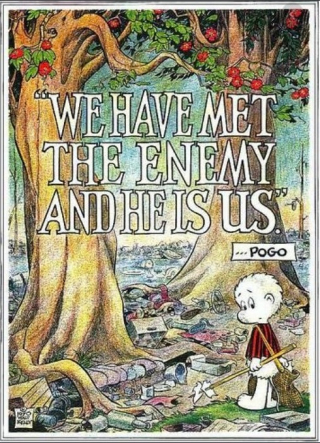 A key platform of President Biden’s environmental agenda is increased regulatory scrutiny with respect to chemical substances under the Toxic Substances Control Act (TSCA).  Regulating chemicals in order to minimize the threat to human health and the environment is clearly also critical to achieving the aims and goals of Earth Day, especially considering that the publication of Rachel Carson’s Silent Spring helped spark the global environmental movement that eventually culminated in the first Earth Day in 1970.

Turning now to the present, in the waning months of the Trump administration, there was a flurry of U.S. EPA activity under TSCA, including the issuance of risk evaluations for a number of high-priority chemical substances, including asbestos, 1,4-dioxane, and  trichloroethylene. Notwithstanding that these risk evaluations concluded that at least some uses of each of the ten high priority chemicals posed an unreasonable risk, these risk evaluations were widely criticized for failing to take into consideration reasonably foreseeable uses or failing to adequately consider various scientific studies. There had been much speculation that President Biden would reject  all of the Trump-era TSCA risk evaluations and in fact, one of President Biden’s first actions in the White House was to direct U.S. EPA to review the TSCA risk evaluation process as well as the methylene chloride risk evaluation specifically.

Rather than throwing the baby out with the bathwater, however, U.S. EPA is moving forward to develop risk mitigation plans for each of these high priority chemicals. At the same time, Michal Freedhoff, the acting assistant administrator for U.S. EPA’s Office of Chemical Safety and Pollution, noted that U.S. EPA would be taking a hard look at these risk evaluations. In a prepared statement, Ms. Freedhoff stated:

Our goal is to allow risk management actions on these first ten chemicals to move forward as much as possible, while looking back surgically at specific areas in some of the risk evaluations to supplement them as appropriate in order to ensure we are meeting our statutory obligations and using the best available science to truly protect human health and the environment.

As to the next 20 chemicals in the risk assessment pipeline, U.S. EPA has already announced that it will reassess its TSCA risk evaluation process, including refining its approach for selecting and reviewing scientific studies. U.S. EPA noted that it would not rely on U.S. EPA’s Application of Systematic Review in TSCA Risk Evaluations, a guidance document issued by U.S. EPA in 2018 that was  much maligned by the National Academy of Scientists.

One can also expect an increased focus on environmental justice issues by U.S. EPA in connection with evaluating the risks posed by chemical substances. This will most likely play out in connection with an increased focus on chemical substance exposure for fence-line and front-line communities during the risk evaluation process.

Finally, there will also be increasing pressure on the Biden Administration to regulate new emerging contaminants such as per- and polyfluoroalkyl substances (PFAS) under both TSCA and the Safe Drinking Water Act. PFAS compounds have not yet been considered for prioritization under TSCA but are likely to be on a list of high priority chemicals in the future. In the meantime, U.S. EPA is likely to move forward with designating at least PFAS compounds as hazardous substances under CERCLA as well as evaluating whether to set an MCL for these compounds under the Safe Drinking Water Act.