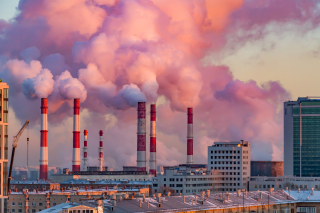 Various environmental organizations, led by the Environmental Integrity Project (“EIP”), are urging the United States Environmental Protection Agency (“EPA”) to expand enforcement of Section 112(r)(1) of the Clean Air Act (CAA)—commonly known as the General Duty Clause (“GDC”)—in order to more closely regulate the handling of hazardous substances at industrial facilities permitted under the CAA. EIP’s ongoing efforts include petitioning EPA to require that the obligations of the GDC be incorporated in state-issued Title V air emission permits, such that these obligations may be enforced against permit holders by state regulators or through citizen suits. As explained below, efforts to expand enforcement of the GDC were for the most part blocked under the Trump Administration’s EPA, but it remains to be seen whether these efforts may achieve renewed success under the Biden Administration.

The GDC, which was first enacted as part of the 1990 amendments to the CAA, requires that owners and operators of regulated facilities that handle, process, or store “extremely hazardous substances” take certain actions to “prevent the accidental release and … minimize the consequences of any [] release” of such substances. Specifically, the GDC requires facility owners and operators to: (i) conduct a hazardous risk assessment to identify potential risks from extremely hazardous substances at their facilities; (ii) design and maintain safe facilities that protect against releases; and (iii) develop and implement protocols to minimize the consequences from any accidental releases. While “extremely hazardous substances” is not defined by the GDC, the Senate Report from the 1990 CAA amendments provides that “extremely hazardous substance” includes any agent “which may as the result of short-term exposures associated with releases to the air cause death, injury or property damage due to its toxicity, reactivity, flammability, volatility, or corrosivity.” Although not necessarily exhaustive, EPA has created a list of extremely hazardous substances in 40 CFR part 68. Jurisdiction for enforcement of the GDC remains an issue of contention between EPA and environmental organizations. While enforcement of the GDC has traditionally been left to the exclusive purview of EPA, environmental groups are increasingly arguing that state air authorities can and should request delegation authority from the EPA to enforce the GDC at permitted facilities within their jurisdiction.

A key example of EIP’s efforts to increase enforcement of the GDC is provided in the organization’s April 14, 2020 Petition Objecting to a Title V Permit issued to Hazlehurst Wood Pellets LLC (“Hazlehurst”), a wood pellet mill operating in the State of Georgia. At the time of the petition, Hazlehurst’s Title V permit had been approved by state authorities, but remained subject to final review by EPA. EIP’s Petition asked EPA to deny Hazlehurst’s air emissions permit on the grounds that the permit failed to recognize or incorporate the requirements of the GDC. According to the Petition, ensuring compliance with the GDC was critical due to the fact that Hazlehurst regularly handles hazardous products, including “copious amount of wood dust,” which had previously caused flash fires at the facility. The Trump Administration EPA’s subsequent Order Denying the Petition rejected EIP’s request, finding that the GDC is not an “applicable requirement” for the purposes of Title V, and as such, “Title V permits need not—and should not—include terms to assure compliance with the [GDC] as it is an independent requirement…” EPA reasoned that if the requirements of the GDC were integrated into a Title V permit, the obligations would ostensibly be enforceable through citizen suits. Concluding that “neither citizens nor state and local air agencies may enforce the [GDC] under the CAA,” EPA rejected the Petition. At the same time, EPA clarified that because the GDC is “self-implementing,” it is independently enforceable by EPA and applies even when it is not expressed as part of a facility’s air permit.

While EPA’s Order denied the environmental organization’s request to expressly require GDC compliance in Title V permits, the Order did make clear that facilities holding Title V permits are still subject to the GDC’s requirements which may be enforced by EPA. According to recently issued EPA Guidance on the GDC, owners and operators who maintain extremely hazardous substances must adhere, at a minimum, to recognized industry standards and any applicable government regulations for handling such substances. While it remains to be seen whether the Biden Administration EPA will continue to resist expressly incorporating the GDC in Title V permits, the Biden Administration’s emphasis on regulatory compliance and environmental justice indicates that future enforcement of the GDC is likely to increase. For this reason, facilities holding air emission permits should review their existing protocols for handling and storing hazardous substances and ensure these protocols are consistent with prevailing industry standards and the requirements of the GDC.