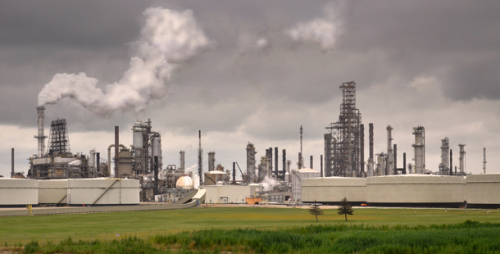 Breaking from the pack and potentially creating a circuit split, the Second Circuit’s decision in City of New York v. Chevron, et al. dismissing New York’s City’s climate change lawsuit is a significant victory for the oil and gas industry.  The unanimous ruling from the Second Circuit affirmed a district’s court decision dismissing New York’s common law claims, finding that issues such as global warming and greenhouse gas emissions invoked questions of federal law that are not well suited to the application of state law.

Taking a slightly different tact than state and local plaintiffs in other climate change lawsuits, the State of New York sued five oil producers in federal court asserting causes of action for (1) public nuisance, (2) private nuisance, and (3) trespass under New York law stemming from the defendants’ production, promotion and sale of fossil fuels.  New York sought both compensatory damages as well as a possible injunction that would require defendants to abate the public nuisance and trespass.  Defendants filed motions to dismiss that were granted.  The district court determined that New York’s state-law claims were displaced by federal common law and that those federal common law claims were in turn displaced by the Clean Air Act.  The district court also concluded that judicial caution counseled against permitting New York to bring federal common law claims against defendants for foreign greenhouse gas emissions.

The Second Circuit agreed with the district court, noting that the problems facing New York can’t be attributed solely to greenhouse gas emissions in the state nor the emissions of the five defendants. Rather, the greenhouse gas emissions that New York alleges required the City to launch a “$20 billion-plus multilayered investment program in climate resiliency across all five boroughs” are a byproduct of emissions around the world for the past several hundred years.

As the Second Circuit noted, “[t]he question before it is whether municipalities may utilize state tort law to hold multinational oil companies liable for the damages caused by greenhouse gas emissions.  Given the nature of the harm and the existence of a complex web of federal and international environmental law regulating such emissions, we hold that the answer is ‘no.’”

The Second Circuit was careful to distinguish its holding from the holdings reached by the First, Fourth, Ninth and Tenth circuits in prior climate change cases, noting that in those other cases, the plaintiffs had brought state-law claims in state court and defendants then sought to remove the cases to federal courts.  The single issue in those cases was whether defendants’ federal preemption defenses singlehandedly created federal question jurisdiction.   Here, because New York elected to file in federal as opposed to state court, the Second Circuit was free to consider defendants’ preemption defense on its own terms and not under the heightened standard applicable to a removal inquiry.

Whether the Second Circuit’s decision has any impact on BP PLC, et al. v. Mayor and City Council of Baltimore, a case that has now been fully briefed and argued before the Supreme Court remains to be seen.  The Baltimore case was one of the state court cases discussed above that was removed to federal court.  The defendants had alleged a number of different grounds for removal, one of which is known as the “federal officer removal statute” that allows removal to federal court of any lawsuit filed against an officer or person acting under that office of the United States or an agency thereof.  The limited issue before the Supreme Court was whether the appellate court could only consider the federal-officer removal ground or whether it could instead review any of the grounds relied upon in defendants’ removal petition.

Some commenters have noted that the Second Circuit’s decision creates a circuit split that may embolden the Supreme Court to address these climate change cases in one fell swoop.  The more likely scenario, however, is that the Supreme Court limits its opinion to the narrow issue before it and leaves resolution of whether state law climate change nuisance actions are preempted by federal law for another day.