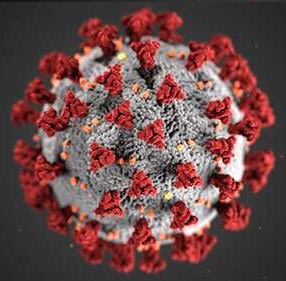 U.S. EPA recently has approved two new products for use on surfaces in the battle to kill SARS-CoV-2, the virus that causes COVID‑19.

On February 10, 2021, EPA announced that it had approved a copper alloy product, made of at least 95.6 % copper, as a product that kills the virus upon contact.  Thus, all products containing the copper alloy product can be sold as providing long-term disinfection against the virus.  Specifically, EPA’s approved use on surfaces of the copper alloy product registered to the Copper Development Association (“CDA”) [EPA Reg. No. 82012‑1].  CDA’s registration had previously been approved under the Federal Insecticide, Fungicide & Rodenticide Act (“FIFRA”), for more than a decade, albeit for other purposes.  Products using the approved antimicrobial copper alloys will be added to EPA’s List N appendix of supplemental antimicrobial products that can be used to kill SARS‑CoV‑2 virus particles that contact surfaces treated with the copper alloys.

Perhaps anticipating EPA’s action, on February 1, 2021, New York State Senator Timothy Kennedy sponsored a bill, S3905, in the New York State Senate to require the use of EPA’s approved copper alloy product in all touch surfaces in new, publicly funded construction projects.  As of this writing, the bill is in committee for consideration.  On January 7, 2021, Assembly Member Marianne Buttenschon had introduced the same language in a bill, A998, in the New York Assembly, where it also is being considered in committee.

Most recently, on January 15, 2021, EPA granted emergency exemptions to Georgia and Tennessee for the use of Grignard Pure, which forms a mist that contains triethylene glycol (“TEG”) as the active ingredient that kills the virus upon contact in the air.  TEG is an ingredient commonly used in fog machines, but only for its theatrical effects, not as a pesticide.  EPA stated that, the product can be applied only by a “trained professional in certain indoor spaces in Georgia and Tennessee where high occupancy, prior ventilation or other factors make it challenging to follow public health guidance and maintain appropriate social distancing.”  Based on laboratory testing, Grignard Pure, when activated, “will continuously inactivate 98% of airborne SARS‑CoV‑2 particles,” EPA explained.  Using Grignard Pure does not eliminate the need for mask wearing and social distancing, EPA warned.

Prior to the Grignard Pure emergency exemption, the only other FIFRA Section 18 emergency exemption that EPA had granted in the fight against SAR-CoV‑2 was a product called SurfaceWise2, which was approved for the use in American Airlines airport facilities and airplanes in Texas, Oklahoma, and Arkansas, and in limited health facilities in Texas.  SurfaceWise2, manufactured by Allied BioScience, is a surface coating that can be used with electrostatic sprayers, that inactivates the virus within two hours of its application.  That one-year exemption currently expires in August 2021.