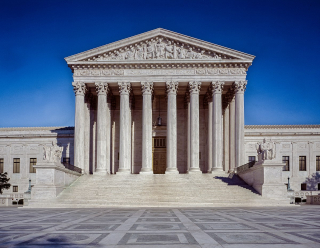 On Friday, October 2, 2020, the United States Supreme Court granted a writ of certiorari to review of a decision by the Fourth Circuit Court of Appeals holding that climate change litigation brought against various fossil fuel were not subject to federal court subject matter jurisdiction.  While the Supreme Court’s review is limited to a somewhat narrow, jurisdictional question regarding the ability of an appellate court to review a district court’s order remanding a case to state court, the decision will likely have far reaching impacts on whether the growing number of climate changes cases in the United States will be litigated in state or federal courts.

With respect to the Federal Officer Removal Statute, the Fourth Circuit rejected the companies’ arguments that the case belonged in federal court because the companies had entered into fuel supply and strategic petroleum reserve agreements with the federal government.  The court concluded that these contractual agreements failed to establish that the companies were “acting under” the direction of a federal officer and were “insufficiently related” to Baltimore’s claims.  On March 31, 2020, the fossil-fuel companies filed a petition for a writ of certiorari in the United States Supreme Court, seeking review of the question of whether the statutory provision prescribing the scope of appellate review of remand orders “permits a court of appeals to review any issue encompassed in a district court’s order remanding a removed case to state court…”  The companies argued that the Fourth Circuit had improperly ignored several alternative grounds justifying removal of the case to federal court, including that federal common law governs claims of interstate air pollution.

While the Supreme Court’s review of the case will be limited to the appellate jurisdictional question, the decision will undoubtedly influence the growing trend of climate change litigation.  At present, twenty-one U.S. States and numerous municipalities have brought lawsuits in state court against the fossil fuel industry for damages related to climate change.  In nearly all such cases, the industry has sought to remove the case to federal court where it is believed the companies have a better chance of successfully securing dismissals on the grounds that such claims are preempted by the Clean Air Act and/or addresses a “political question” which is better left to the discretion of Congress.  Thus, the Supreme Court’s decision will likely impact the ability of the fossil fuel industry to seek appellate review of unfavorable district court remand orders.