By Leah Song and Gabrielle Sigel 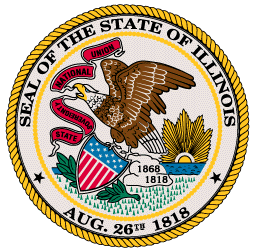 Although Illinois Governor Pritzker has scored successes in the federal lawsuits brought against his COVID‑19 Executive Order actions, he has not fared as well, thus far, in state court.

Back on April 23, 2020, Illinois State Representative (R) Darren Bailey filed a complaint in the Clay County Circuit Court with two counts for declaratory judgment and a request for injunction, alleging that Governor Pritzker’s extension of the stay-at-home order exceeded the authority afforded to the Governor under the Illinois Emergency Management Agency Act (“IEMAA”). Specifically, the lawsuit alleged that the IEMAA grants certain enumerated powers to the Illinois Governor following the proclamation of a “public health emergency,” but that Section 7 of the IEMAA limits these authorities to “a period not to exceed 30 days” following the declaration. Thus, Rep. Bailey alleged that any extension of the stay-at-home order 30 days after the original Executive Order was void. On the same date that he filed his complaint, Rep. Bailey filed a motion seeking a temporary restraining order (“TRO”) to enjoin Governor Pritzker from enforcing the stay-at-home order against him or entering any further executive orders that would limit Rep. Bailey’s ability to travel within the state.

On April 27, 2020, Illinois Circuit Court Judge Michael McHaney temporarily blocked enforcement of Governor Pritzker’s stay-at-home order by granting Rep. Bailey the TRO, solely as to him. In its order granting the TRO, the circuit court found that Rep. Bailey had “shown he will suffer irreparable harm if the [TRO] is not issued” and had “shown he has no adequate remedy at law or in equity in that absent a [TRO] being entered, plaintiff, will continue to be isolated and quarantined in his home.” On that same day, Governor Pritzker filed a notice of interlocutory appeal to the Appellate Court of Illinois, Fifth Judicial District, requesting that the court reverse and vacate Judge McHaney’s decision and dissolve the TRO. On April 30, 2020, Rep. Bailey filed in the Fifth District Appellate Court a consent to entry of order vacating the TRO and remanding the case back to the circuit court, which the court agreed to do on May 1, 2020.

On remand, Rep. Bailey filed an amended complaint on May 13, 2020, consisting of four counts seeking the follow relief:

Shortly after, on May 18, 2020, Rep. Bailey filed a motion for summary judgment. Before the hearing on the summary judgment motion, the Governor removed the case to federal court, but it was ultimately remanded. The U.S. Department of Justice got involved in this legal battle, filing a brief in federal court arguing that this case belonged in state court.

Following the remand from federal court, Rep. Bailey filed a notice of hearing on his summary judgment motion. On July 2, 2020, Judge McHaney ruled in favor of Rep. Bailey and held that Governor Pritzker’s COVID-19 Executive Orders were void and granted summary judgment on two counts (“July 2 Order”). The court concluded that the “30-days of emergency powers provided in Section 7 of IEMAA … lapsed on April 08, 2020,” such that all COVID-19 Executive Orders after April 8, 2020 are “void ab initio.” Further, the Governor had no authority “to restrict a citizen’s movement or activities and/or forcibly close business premises.” The court also granted Rep. Bailey’s “oral request that his Amended Complaint be a representative action” such that this ruling shall “apply to all citizens of the State of Illinois.”

The court must rule on the remaining issue of whether COVID-19 “meets the definition of a disaster as defined in the IEMAA.” Until then, the July 2 Order is neither enforceable nor appealable. The Illinois Attorney General moved to dismiss the remaining count and a hearing was set for July 17, but it was vacated by agreement. On July 22, Rep. Bailey filed a motion for leave to amend and add an additional count, seeking a declaratory judgment that a “public health emergency” as defined by the IEMAA did not exist in Clay County on June 26, 2020, when Governor Pritzker issued a proclamation that a “public health emergency” existed within all Illinois counties as a result of COVID-19.

Most recently, on August 5, 2020, Rep. Bailey filed a Petition for Adjudication for Indirect Civil Contempt, seeking to hold Governor Pritzker in civil contempt of court for disregarding the July 2 Order and continuing to issue COVID-19 Executive Orders. Judge McHaney ordered Governor Pritzker to appear in the Clay County Courthouse on August 14, 2020 to “show cause why he should not be held in indirect civil contempt and sanctioned for his willful disregard with the previously entered order of the Court.” The order stated that failure to appear may result in a warrant for the Governor’s arrest. But on August 11, 2020, the Illinois Supreme Court issued an order to stay the contempt hearing set for this Friday.

On August 11, 2020, in response to a motion for a supervisory order filed by the Illinois Attorney General on behalf of the Governor, the Illinois Supreme Court consolidated, in the Sangamon County Circuit Court before Judge Grischow, all of the cases filed in various counties, including Rep. Bailey’s lawsuit. Sangamon County includes the city of Springfield, the Capitol of Illinois.

An analysis of the Governor’s successes upholding his Executive Orders in federal court can be found here. For regular updates about the impact of COVID‑19 in the workplace and on business generally, please visit Jenner & Block’s Corporate Environmental Lawyer blog and Jenner & Block’s COVID‑19 Resource Center.