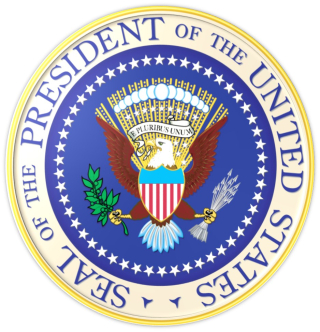 On Wednesday, July 15, 2020, the Trump Administration announced the publication of comprehensive updates to federal regulations governing the implementation of the National Environmental Policy Act (NEPA).  The updated regulations—issued by the Center on Environmental Quality (“CEQ”)—are provided in the agency’s final rule titled “Update to the Regulations Implementing the Procedural Provisions of the National Environmental Policy Act” (the “Final Rule”), which is expected to be published in a forthcoming Federal Register publication.  The Final Rule significantly overhauls the responsibilities of federal agencies under NEPA, and represents the first major overhaul to NEPA’s regulations in over 30 years.  During his announcement, President Trump promised that the overhaul would remove “mountains and mountains of bureaucratic red tape in Washington, D.C.” and speed up the approval and construction of major projects such as interstate highways and pipelines.

NEPA requires federal agencies to quantify and consider the environmental impacts of proposed actions “with effects that may be major and which are potentially subject to Federal control and responsibility.” The federal agency must conduct its NEPA review prior to “any irreversible and irretrievable commitments of resources” towards the proposed action.  To fulfill its obligations under NEPA, federal agencies much first complete an “Environmental Assessment” (“EA”) that analyzes whether a proposed action will have a significant impact on the environment.  If the EA concludes that an action could have significant environmental impacts, the agency is obligated to take the next step under NEPA and prepare a detailed “Environmental Impact Assessment” (“EIS”) that describes and quantifies the anticipated impacts.  Federal agencies are required to undertake an EA and potentially an EIS before commencing public infrastructure projects such as roads, bridges and ports, or before issuing permits to certain private actions that require federal approval, such as the construction of pipelines or commencement of mining operations.

The Trump Administration has repeatedly voiced displeasure with the existing NEPA process, which the President has characterized as “increasingly complex and difficult to manage.”  Legal challenges initiated under the existing NEPA regulations have also stalled a number of energy projects publicly supported by the administration, including the Keystone XL, the Dakota Access pipelines.  The administration's new regulations are expected to reduce the obligations imposed on federal agencies under NEPA through a variety of measures, including reducing the types of environmental impacts that must be considered during a NEPA review; shortening the permitted time period for reviews; and exempting certain types of actions from the review requirements.

While the Final Rule provides numerous modifications to the language of the existing regulations, three changes expected to have substantial impact on the NEPA process include:

By eliminating the reference to “indirect” emissions and requiring a “close causal relationship” between a project and its environmental effects, the Final Rule also appears to limit federal agencies’ obligation to consider indirect “upstream” and/or “downstream” impacts associated with a project. This issue is of particular significance to the ongoing legal debate regarding the scope of greenhouse gas (“GHG”) emissions that must be considered in NEPA reviews of interstate pipeline projects. Because the volume of GHG emissions caused by the burning of fossil fuels transported by a pipeline often far exceed the emissions directly associated with the pipeline’s construction, litigation can often arise as to whether these subsequent “downstream” emissions must be considered during the pipeline’s NEPA review. Under the Final Rule, it appears that upstream / downstream GHG emissions will often be excluded from NEPA’s requirements unless the emissions have a close relationship with the specific project. Ultimately, the manner in which federal agencies and courts interpret “close causal relationship” in the Final Rule has the potential to significantly reduce the scope of federal agencies’ evaluation of climate change impacts associated with federal projects.

The updated regulations are set to take effect 60 days after the publication of the Final Rule in the Federal Register.  CEQ has further clarified that federal agencies may apply the updated regulations to any ongoing NEPA reviews, including environmental reviews started before the effective date of the regulations.  However, environmental groups have already publicly stated that they intend to challenge the new rule, claiming at least in part that CEQ failed to respond to the more than one million comments that were submitted in response to the proposed new rules.