Contact Us
The Ninth Circuit Sends Climate Change Cases Back to State Court
BlogPost
May 28, 2020 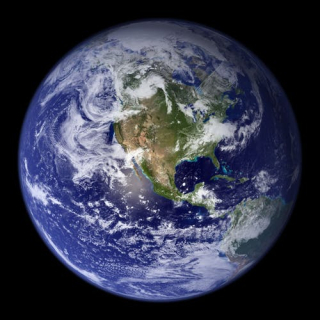 On May 26, 2020, the Ninth Circuit agreed with plaintiffs that two climate change lawsuits—County of San Mateo v. Chevron Corp. et al. and City of Oakland v. BP p.l.c. et al.—had been improperly removed to the federal courts, continuing courts’ recent trend of remanding these types of cases back to state court.

A growing form of climate change litigation in the United States consists of lawsuits filed by states or municipalities against private industry, and more specifically, the fossil-fuel industry. States, cities and other units of local government have filed lawsuits alleging state common law theories, including nuisance, trespass, failure to warn of the known impacts of climate change, and unjust enrichment. The outcome of these cases thus far has hinged on whether or not the fossil fuel companies are able to successfully remove the litigation to federal court where they stand a much greater chance of getting the litigation dismissed. Generally, plaintiffs (including states, units of local government, and non-governmental organizations) asserting climate change claims against corporations prefer to be in state court where they can take advantage of perceived plaintiff-friendly common law or state statutes. On the other hand, defendants inevitably seek to remove such cases to federal court where they have had a higher level of success securing dismissals on the grounds that the issue is preempted by the Clean Air Act and/or addresses a “political question” which is better left to the discretion of Congress. See City of N.Y. v. BP P.L.C.. 325 F. Supp. 3d 466 (S.D.N.Y. 2018).

In County of San Mateo v. Chevron Corp. et al., six California municipalities and counties sued more than 30 fossil-fuel companies in California state court. The plaintiffs brought a variety of claims under state common law including nuisance, negligence, failure to warn, and trespass. In City of Oakland v. BP p.l.c. et al., the Cities of Oakland and San Francisco sued five fossil-fuel companies in state court under a theory of nuisance. The fossil-fuel companies removed both cases to federal court. The San Mateo district court remanded the case back to state court while the Oakland district court refused to remand the case back to state court, finding that plaintiffs’ public nuisance claims were governed by federal common law, but then proceeding to dismiss the lawsuit. Both cases were appealed to the Ninth Circuit.

On May 26th, the Ninth Circuit joined the Fourth Circuit (Mayor and City Council of Baltimore v. BP P.L.C., et al., No. 19-1644 (4th Cir. Mar. 6, 2020)) in concluding that these climate change cases alleging only state-common law claim belonged in state court. In County of San Mateo v. Chevron Corp. et al., the Ninth Circuit emphasized its limited authority to review an order remanding a case back to state court under 28 U.S.C. § 1447(d). The Ninth Circuit therefore limited its review to determining whether the district court erred in holding that the federal court lacked subject matter jurisdiction under the federal-officer removal statute.

In City of Oakland v. BP p.l.c. et al., the Ninth Circuit considered whether “the district court erred in determining that it had federal-question jurisdiction under 28 U.S.C. § 1331” and ultimately held that plaintiffs’ state common-law public nuisance claims did not arise under federal common law. The court acknowledged that there are exceptions to the well-pleaded complaint rule for claims that arise under federal law, but concluded that none of those exceptions applied here.

The court reasoned that “[t]he question whether the Energy Companies can be held liable for public nuisance based on production and promotion of the use of fossil fuels and be required to spend billions of dollars on abatement is no doubt an important policy question, but it does not raise a substantial question of federal law for the purpose of determining whether there is jurisdiction under § 1331.” Furthermore, evaluation of the public nuisance claim would require factual determinations which are “not the type of claim for which federal-question lies.” The fossil fuel companies argued that the plaintiffs’ public nuisance claim was completely preempted by the Clean Air Act, but the court was not persuaded.

In response to defendants’ argument that by amending their complaint to assert a federal common law claim, the district court properly had subject matter jurisdiction under 28 U.S.C. § 1331, the Ninth Circuit noted that plaintiffs only amended their complaint in response to the district court’s statements that plaintiffs’ claims were governed by federal common law. Moreover, the Ninth Circuit noted that since a party violates § 1441(a) “if it removes a cases that is not fit for federal adjudication, a district court must remand the case to state court, even if subsequent action conferred subject-matter jurisdiction on the district court.”

Although these rulings did not address the merits of plaintiffs’ common-law claims, these cases will certainly pose challenges for defendants seeking to remove these types of cases to federal court, and will likely affect plaintiffs’ and defendants’ strategies in climate change litigation moving forward. Jenner & Block’s Corporate Environmental Lawyer will continue to update on those matters, as well as other important climate change litigation cases, as they unfold.