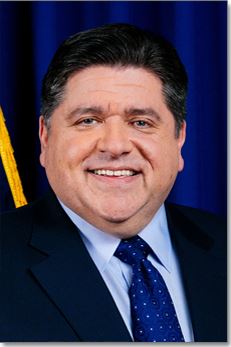 On April 23, 2020, Rep. Bailey—whose district includes Clay County, Illinois—filed a complaint in the Clay County Circuit Court alleging that Governor Pritzker’s April 1 extension of the stay-at-home order exceeded the authority afforded to the Governor under the Illinois Emergency Act.  Specifically, the lawsuit alleges that the Illinois Emergency Act grants certain enumerated powers to the Illinois Governor following the proclamation of a “public health emergency,” but that Section 7 of the Illinois Emergency Act limits these authorities to “a period not to exceed 30 days” following the declaration.  Thus, Rep. Bailey alleges that any extension of the stay-at-home order beyond April 8, 2020—i.e, more than 30 days beyond the March 9 Disaster Declaration, is void and that the Governor’s publicly announced plan to extend the Executive Order through May 30, 2020 is “void ab initio”. The lawsuit further alleges that Governor Pritzker’s unauthorized use of the Illinois Emergency Act has impermissibly limited Rep. Bailey’s constitutionally protected freedoms to travel within the state of Illinois. The complaint requests a declaratory judgment that Governor Pritzker’s April 1 extension of the March Stay-at-Home Order is void, and seeks a permanent injunction enjoining Governor Pritzker, or anyone under his authority, from enforcing the March Stay-at-Home Order, at any time, against Rep. Bailey.

On the same date that he filed his complaint, Rep. Bailey filed a motion seeking a TRO to enjoin Governor Pritzker from enforcing the March Stay-at-Home Order against him or entering any further executive orders as a result of the Disaster Declaration that would limit Rep. Bailey’s ability to travel within the state. To obtain a TRO, under Illinois law, the movant must establish: (1) a protectable right; (2) irreparable harm; (3) an inadequate remedy at law; and (4) a likelihood of success on the merits. See ­­­­­­ Smith v. Dep't of Nat. Res., 35 N.E.3d 1281, 1287 (Ill. App. Ct. 5th Dist. 2015). In its order granting the TRO, the circuit court found that Rep. Bailey had “shown he will suffer irreparable harm if the [TRO] is not issued” and had “shown he has no adequate remedy at law or in equity in that absent a [TRO] being entered, plaintiff, will continue to be isolated and quarantined in his home.” The court’s order provided that the TRO will stay in effect until “a date to be agreed upon by the parties, not to exceed 30 days from [April 27] wherein [plaintiff’s motion for] a preliminary injunction will be heard on that date.”

On Tuesday, April 28, 2020, Governor Pritzker filed a notice of interlocutory appeal to the Appellate Court of Illinois, Fifth Judicial District, requesting that the court reverse and vacate Judge McHaney’s decision and dissolve the TRO. Both Bailey and Pritzker will have an opportunity to file briefs before the appellate court. A date for oral argument before the court has not been set. “We are certainly going to act in a swift action to have this ruling overturned,” Pritzker said in a press briefing following the original decision. “Representative Bailey’s decision to go to the courts is an insult to all Illinoisans who have been lost during this COVID-19 crisis. It’s a danger to millions of people who might get ill because of his recklessness.”

While Judge McHaney’s ruling states that it only prohibits enforcement against Rep. Bailey, the lawsuit potentially opens the door for others in Illinois to file similar lawsuits or to resist compliance with the Governor’s Executive Orders issued since April 7, 2020.  In addition, the complaint seeks a declaration that the stay-at-home order is void which arguably could have state-wide effect. In a statement concerning the lawsuit, Rep. Bailey said that he filed the complaint “on behalf of myself and my constituents who are ready to go back to work and resume a normal life,” although the TRO and Complaint as written did not state that it applied to any person other than Rep. Bailey. In the meantime, Governor Pritzker vowed to continue issuing new public health directives, as he deemed necessary, while the case remained unresolved.