By: Michael Ross and Jake Alderdice

On April 13, 2020, a federal district court in Maryland issued one of the first rulings to interpret the provisions of Congress’s Coronavirus Aid, Relief and Economic Security Act (the CARES Act), signed into law by President Trump on March 27, 2020.  At issue before the Court was whether Bank of America could be prevented from adding eligibility restrictions, beyond those in the Act, on small businesses applying for forgivable loans under the CARES Act’s $349 billion Paycheck Protection Program (PPP).  In denying relief to the prospective borrower, the district court found that the bank could impose additional eligibility criteria and that private parties were powerless to bring private actions to enforce the terms of the program.  Although just one data point, the early ruling may signal that courts will give lenders latitude in how they are carrying out CARES Act programs. 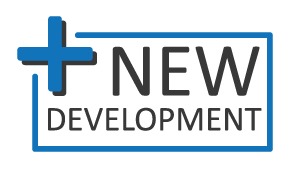 Title I of the CARES Act established the Paycheck Protection Program (PPP), which provided for $349 billion in loans to small businesses.  These loans become fully forgivable if the businesses use them for certain purposes, such as maintaining their payroll.  Demand for the emergency loans quickly ate up the funding, with the entire $349 billion fund depleted by April 16, 2020, based on 1.4 million approved applications. Congress is currently debating providing additional funding for the program.

The CARES Act set out eligibility requirements for PPP borrowers, including, among others, that the businesses, with some exceptions, need to have fewer than 500 employees.  Following the program’s launch, news reports indicated that lenders were imposing additional requirements on potential borrowers, particularly to ensure borrowers had certain preexisting relationships with the lender.  In the case of Bank of America (BofA), early reports claimed that the bank required applicants to have both a preexisting deposit account and a lending account in order to apply for a PPP loan.  BofA later changed that requirement so that it only required a deposit account with the bank, and that the applicant not have a lending relationship elsewhere. BofA included simply having a credit card with another bank as a “lending relationship.”

In Profiles, Inc. v. Bank of America, several small businesses—including some with longstanding deposit relationships with the bank—sued BofA after being denied the opportunity to apply for PPP loans with BofA due to the bank’s restrictions.  These varied businesses—a hair salon, security services company, public relationships firm, and car part business—claimed the bank had to accept their applications and could not add eligibility restrictions not contained in the Act.  In a 23-page opinion, Judge Stephanie A. Gallagher denied the plaintiffs’ request to enjoin BofA from denying their applications.  The court’s opinion contains several notable rulings.

First, the court held that the CARES Act did not create a private right of action that allows private parties to sue lenders.  Although the plaintiffs argued that a lender’s application of its pre-existing criteria was inconsistent with the CARES Act’s broad eligibility requirements, the court held that nothing in the CARES Act authorized borrowers, either explicitly or implicitly, to bring civil suits against lenders.  The court based this decision on Supreme Court and Fourth Circuit precedent, including Alexander v. Sandoval, 532 U.S. 275 (2001), which required an indication of Congressional intent to create a private right of action with a private remedy.  The court held there was no such intent in the CARES Act, concluding that Congress intended for any lender misconduct to be enforced by the Administrator of the SBA, under the SBA’s existing civil and criminal enforcement regime.

Second, the court held that BofA’s loan eligibility criteria did “not run afoul of the CARES Act.”  The court observed that nothing in the CARES Act prevented a bank from “considering other information when deciding from whom to accept applications, or in what order to process applications it accepts.”  The court referenced a prior version of the Act stating that a lender “shall only consider” the eligibility requirements set forth in the Act, but noted that provision failed to win approval in Congress.  The court also acknowledged that given the size of the program and the urgency of the demand, it was more efficient for banks to prioritize their existing customers, and thus more effective for achieving the goals of the program.  Moreover, because participation in PPP is voluntary, the court worried that preventing banks from applying their own rules could disincentivize them from participating altogether. Finally, although Judge Gallagher stated that “BofA’s rigid eligibility criteria have undoubtedly made it materially harder for some small businesses to access the PPP,” the court held it was for Congress rather than the courts to prevent banks from doing so.

Third, the court rejected plaintiffs’ argument that they would be irreparably harmed by a denial. The court noted that the plaintiffs could still apply elsewhere, and that at least some institutions—at least ten—did not have requirements that applicants have a preexisting relationship. The court expressed sympathy for the harm that the plaintiffs were facing as a result of COVID-19, recognized that not every small business owner has the necessary sophistication to locate the few banks across the country that would allow their application, and faulted BofA in part for its conduct in denying some of the plaintiffs’ applications. Ultimately, in denying the plaintiffs’ motion, the court acknowledged that the plaintiffs’ experiences “demonstrate a significant flaw” in the implementation of PPP, one criticized by some members of Congress, but given the “competing policy interests,” the court held that it could not “wade into the merits of this debate.”

The plaintiffs have appealed the court’s ruling to the Fourth Circuit. On April 17, 2020, the district court denied the plaintiffs’ motion for a stay of BofA’s challenged lending practices pending the plaintiffs’ appeal. The court held that the plaintiffs’ motion improperly sought to alter the status quo. The court also reiterated its concerns about adjudicating “between the competing and compelling public interests implicated in this incredibly complex situation,” and further noted that “imposing an emergency stay at a point in which the PPP funding has been exhausted may have no practical effect whatsoever.”

Profiles is just one among many suits that have been filed recently, including another lawsuit against BofA in California federal court. See, e.g., Law Office of Sabrina Damast, Inc v. Bank of America Corp., No. 20-3589 (C.D. Cal.) (plaintiffs assert California state law claims against BofA, alleging it prioritized larger loans over smaller businesses); Cyber Defense Group, LLC v. JPMorgan Chase & Co., No. 20-3589 (C.D. Cal.) (same as to JPMorgan Chase); Infinity Consulting Group, LLC v. US Small Business Administration, No. 8:20-cv-00891 (D. Md.) (plaintiffs allege that the SBA’s administration of PPP discriminated against women- and minority-owned small businesses); Scherer v. Wells Fargo Bank NA, No. 4:20-cv-01295 (S.D. Tex.) (plaintiff alleges on behalf of a putative class that Wells Fargo violates the CARES Act by only accepting PPP applications from small businesses with a business checking account with the bank); Scherer v. Frost Bank, No. 4:20-cv-01297 (S.D. Tex.) (same as to Frost Bank). In all, with other lawsuits from aggrieved small business owners still pending, and Congress debating in what manner to replenish the PPP funds, the issues raised within the Profiles, Inc. opinion will likely continue to be significant in the coming weeks and months.