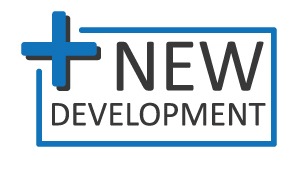 This bill largely codifies the “ABC” test established by the California Supreme Court in Dynamex v. Superior Court, 4. Cal. 5th 903 (2018).  Under the ABC test, a worker must be classified as an employee (versus an independent contractor) unless the hiring entity can establish:

(A) that the worker is “free from the control and direction of the hiring entity in connection with the performance of the work,”

(B) that the worker “performs work that is outside the usual course of the hiring entity's business,” and

(C) that the worker is “customarily engaged in an independently established trade, occupation, or business.”

AB 5 expands the ABC test to certain areas not explicitly subject to Dynamex, such as reimbursements for expenses incurred in the course of employment.  Of course, companies that rely on independent contractors will be impacted by this legislation.

While AB 5 will not take effect until January 1, 2020, it may impact ongoing litigation, such as the San Diego City Attorney’s recent lawsuit against the grocery delivery service Instacart, which alleges that the company misclassified workers as independent contractors.  And it remains to be seen whether the law will be subject to a challenge via referendum or in the courts.