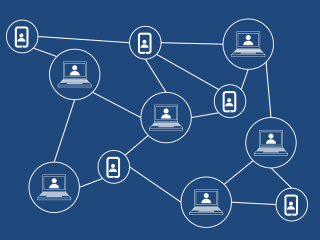 On September 3, 2019, a federal district court in the District of Columbia dismissed, for the second time, a lawsuit brought by the Conference of State Bank Supervisors (CSBS) seeking to block the Office of the Comptroller of the Currency (OCC) from issuing national bank charters to certain non-bank financial technology (FinTech) companies.  Conference of State Bank Supervisors v. Office of the Comptroller of the Currency, No. 18-cv-2449, slip op. at 1-6 (D.D.C. Sept. 3, 2019) (CSBS II).  CSBS’s earlier suit, brought in 2017, was previously dismissed by Judge Dabney Friedrich as premature:  Because OCC had not yet finalized its procedure for accepting FinTech charter applications, let alone received any applications, Judge Friedrich found that CSBS’s claims were unripe and alleged no injury sufficient for standing.  CSBS v. OCC, 313 F. Supp. 3d 285, 296-301 (D.D.C. 2018).  In October 2018, CSBS brought suit again—this time after OCC had finalized its procedures for accepting FinTech charter applications, albeit before OCC had actually received any applications.  CSBS II, slip op. at 2.  Judge Friedrich held that neither this change nor the Senate’s confirmation of Joseph Otting as Comptroller of the Currency, another change in the facts highlighted by CSBS, “cure[s] the original jurisdictional deficiency.” Id. (alteration in original; citation omitted).  The court pointedly explained that “it will lack jurisdiction over CSBS’s claims at least until a Fintech applies for a charter.” Id. at 5.

In dismissing CSBS’s suit for lack of standing, Judge Friedrich found herself in disagreement with Judge Victor Marrero of the Southern District of New York.  Judge Marrero held in May of this year, on a very similar record, that the New York State Department of Financial Services (DFS) had standing to challenge OCC’s FinTech plans—and that DFS was right on the merits, essentially blocking OCC from issuing FinTech charters.  See Vullo v. OCC, 378 F. Supp. 3d 271 (S.D.N.Y. 2019).  Judge Friedrich “respectfully disagree[d] with Vullo, to the extent that its reasoning conflicts with either this opinion or CSBS I.” CSBS II, slip op. at 2 n.2.  The heart of the divergence seems to be Judge Friedrich’s conclusion that there could be no jurisdiction at least until OCC received a charter application. Id. at 5. Judge Marrero, by contrast, found that OCC “has the clear expectation of issuing [FinTech] charters” and thus that “DFS has demonstrated a ‘substantial risk that harm will occur.’” Vullo, 378 F. Supp. 3d at 288 (citation omitted).  Due to that difference of opinions, CSBS will have to wait at least until a FinTech company applies for a charter before filing again.  Such an application may not be forthcoming, as the SDNY’s ruling may keep any FinTech companies from applying for a charter in the near future, given the legal uncertainty.  The parties in Vullo are in the process of negotiating the language of a proposed final judgment to submit to the court, presumably to allow for OCC to take an appeal to the Second Circuit. See Endorsed Letter, Lacewell v. OCC, No. 18-cv-8377 (S.D.N.Y. Aug. 28, 2019), ECF No. 38.