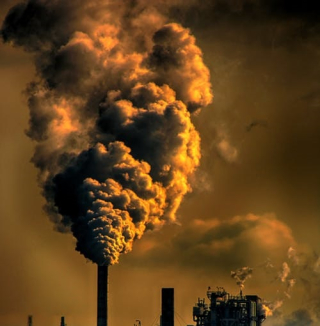 Last week, the Center for Biological Diversity and other environmental groups petitioned the Ninth Circuit for review of EPA Region 9’s decision in December 2018 to issue a final prevention of significant deterioration (PSD) permit for the Palmdale Energy Project (Project), a gas-fired plant being developed in the city of Palmdale, CA. These environmental groups had previously but unsuccessfully challenged the permit in front of EPA’s Environmental Appeals Board (EAB), arguing that a new control technology configuration—namely, replacing the combined-cycle turbines’ duct burners with battery storage—should be used to satisfy EPA Region 9’s “Best Available Control Technology” (BACT) requirements under the Clean Air Act (CAA). The EAB denied the environmental groups’ appeal in October 2018. However, as the EAB explicitly recognized, “energy storage technology is a rapidly growing development in the electrical power supply sector,” and therefore the totality of the environmental groups’ efforts may spur additional consideration of battery storage as an option for facilities to meet their obligations under the CAA.

By way of overview, an entity desiring to construct a “major emitting facility” in a CAA-defined “attainment” or “unclassifiable” area must obtain preconstruction approval, in the form of a PSD permit, to build such a facility. CAA § 165. An applicant for a PSD permit must show that its proposal will achieve emissions limits established by BACT for pollutants emitted from its facility in amounts greater than applicable levels of significance. A BACT analysis is a site-specific, pollutant-specific determination that results in the selection of emissions limits representing application of air pollution control technologies or methods appropriate for the facility in question.

In October 2015, Palmdale filed an application with EPA Region 9 for a PSD permit to construct and operate the Project, a new major stationary source, on fifty acres of land in the City of Palmdale, California. The facility consists of two natural gas-fired combustion turbine generators, each of which is equipped with a natural gas-fired duct burner. Each of the two combustion turbine/duct burner combinations vents heat energy to its own dedicated heat recovery steam generator (HRSG), and steam from both HRSGs is routed to a single steam turbine generator. The duct burners boost the total heat input to the HRSGs, which increases steam output from the HRSGs and concomitantly the amount of electricity the steam generator, and thus the entire facility, produces.

The EAB affirmed, concluding that the environmental groups failed meet their burden of establishing that the Region’s analysis was clearly erroneous or otherwise warrants review.  However, the EAB provided hope for future battery-storage efforts (emphasis added):  “The Board observes that its decision is based on the record in this matter and its decision should not be taken to suggest that the Conservation Groups’ proposal can never be BACT for a particular facility. As the Board noted above, BACT is an emission limit that is based on a ‘case-by-case’ analysis, and the Region recognizes that ‘[e]nergy storage technology is a rapidly growing development in the electrical power supply sector[.]’  Thus, what may not be BACT for purposes of this permit application may be BACT for a future permit application.”  Because the environmental groups’ challenge focuses on EPA Region 9’s approval of this air permit, it is anticipated that many of the same arguments and discussion will occur at the Ninth Circuit.