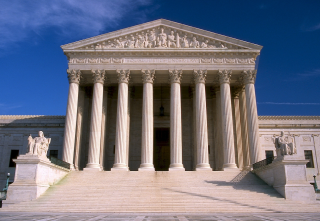 On June 21, 2018, the US Supreme Court issued its much-anticipated decision in South Dakota v. Wayfair, Inc., No. 17-494.  In a 5-4 opinion by Justice Kennedy, the Court held that the Dormant Commerce Clause does not bar a state from requiring an out-of-state seller lacking in-state physical presence to collect and remit sales tax.  In reaching this conclusion, the Court took the unusual step of overruling two of its own prior opinions: National Bellas Hess, Inc. v. Department of Revenue of Illinois, 386 U.S. 753 (1967), and Quill Corp. v. North Dakota, 504 U.S. 298 (1992).  The Court held that stare decisis was an insufficient basis to uphold a rule it viewed as anachronistic, particularly in light of the explosive growth of e-commerce.

Wayfair is a major victory for states, who can now collect tax from out-of-state sellers and brick-and-mortar retailers, subjecting the latter to the same tax burdens as their online competitors.  Wayfair, however, does not hold that all tax regimes will pass constitutional muster.  To the contrary, it holds that such regimes will be subject to traditional Dormant Commerce Clause doctrines designed to prevent undue burdens on interstate commerce.

Wayfair's issue was one the Court had decided twice before.  In Bellas Hess, the Court held that states could not impose sales tax collection obligations on out-of-state sellers who relied solely on the mail and common carriers to deliver their goods because the sellers “lacked the requisite minimum contacts with the State required by both the Due Process Clause and the Commerce Clause.”  In Quill, the Court overruled Bellas Hess’s due process holding, but reaffirmed Bellas Hess’s holding that the Dormant Commerce Clause forbids the imposition of sales tax collection obligations on sellers lacking an in-state physical presence.  In a concurring opinion, Justice Scalia, joined by Justices Kennedy and Thomas, emphasized that his vote was based solely on stare decisis.

As the Court noted in Wayfair, criticism of Quill began as soon as it was decided.  The Court pointed to one scholar’s view that Quill was “‘premised on assumptions that are unfounded’ and ‘riddled with internal inconsistencies.’”  It further explained that “[e]ach year, the physical presence rule be[came] further removed from economic reality and result[ed] in significant revenue losses to the States.”

Against this background, South Dakota enacted the tax at issue, requiring out-of-state sellers to collect and remit sales taxes—with several caveats.  First, the tax applied only to sellers with more than $100,000 of annual sales or more than 200 separate transactions in the state in a single year.  Second, the tax had no retroactive application.  Third, the tax’s application was stayed until its constitutionality was clearly established.

Seeking to establish the tax’s constitutionality, South Dakota then filed a state declaratory judgment action against Wayfair, Inc., Overstock.com, Inc. and Newegg, Inc.  As contemplated by the statute and as requested by the state in its pleadings, the trial court granted summary judgment to the online retailers on the grounds that the issue had been decided in Bellas Hess and Quill.  The South Dakota Supreme Court affirmed for the same reason.

In a 5-4 decision, the Supreme Court reversed the lower court ruling, holding that the Commerce Clause does not foreclose the collection of state sales tax from remote sellers merely because they lack an in-state presence. The majority opinion—written by Justice Kennedy and joined by Justices Thomas, Ginsburg, Alito and Gorsuch—began by noting that “[a]ll agree that South Dakota has the authority to tax these transactions” under the Due Process Clause. But the Court explained that the Dormant Commerce Clause also forbids states from imposing sales tax obligations on sellers unless the sellers have “a substantial nexus with the taxing State”—and in Bellas Hess and Quill, the Court held that a “substantial nexus” requires in-state physical presence.

The Court rejected those holdings, concluding that a seller could have a “substantial nexus” to a state even without a physical presence.  It observed that there exists a close relationship between “[t]his nexus requirement” and the minimum-contacts test imposed by the Due Process Clause.  And although the two inquiries are not exactly the same, they are not so different as to justify different treatment.  Because Quill had already recognized that due process does not impose a physical presence rule, the Court held that the Commerce Clause does not, either.

The Court emphasized that the Quill rule “is not just a technical legal problem,” but also “an extraordinary imposition by the Judiciary on States’ authority to collect taxes and perform critical public functions.”  The Court pointed to Wayfair’s advertising touting the fact that Wayfair does “not have to charge sales tax” and characterized that advertising as a “subtle offer to assist in tax evasion.”  The Court concluded that the “physical presence rule … has limited States’ ability to seek long-term prosperity and has prevented market participants from competing on an even playing field.”

Finally, the Court concluded that stare decisis did not warrant retaining the Quill rule.  The Court emphasized that the “Internet’s prevalence and power have changed the dynamics of the national economy” and that “[a]ttempts to apply the physical presence rule to online retail sales are proving unworkable.”

The Court concluded that under the “substantial nexus” test, South Dakota’s statute passed constitutional muster: “the nexus is clearly sufficient based on both the economic and virtual contacts respondents have with the State.” The Court remanded for further consideration of whether “some other principle in the Court’s Commerce Clause doctrine might invalidate the Act,” while emphasizing that “South Dakota’s tax system includes several features that appear designed to prevent discrimination against or undue burdens upon interstate commerce.”

Justice Thomas filed a concurring opinion, emphasizing that his views had changed since Quill and expressing disagreement with the Court’s entire body of Dormant Commerce Clause jurisprudence.  Justice Gorsuch also filed a concurring opinion questioning the Court’s Dormant Commerce Clause cases.  Chief Justice Roberts, joined by Justices Breyer, Sotomayor and Kagan, dissented.  While agreeing that Bellas Hess was wrongly decided, he concluded that stare decisis warranted adhering to that precedent.  He emphasized the importance of e-commerce to the national economy and concluded that a change to settled law “with the potential to disrupt the development of such a critical segment of the economy should be undertaken by Congress.”

Wayfair is a landmark decision that reshapes decades of settled tax law.  But Wayfair will not be the last word in this controversial area.  First, the Court observed that state tax laws would still be subject to traditional Dormant Commerce Clause principles barring “discrimination against or undue burdens upon interstate commerce.”  The Court explained that several features of the South Dakota law were “designed to prevent” such burdens, including the safe harbor for those who transact limited business in South Dakota; the absence of retroactive tax collection obligations; and a standardized tax administration regime designed to reduce administrative and compliance costs.  But the Court did not resolve whether other state laws, lacking these features, may be vulnerable to Dormant Commerce Clause challenges.  Moreover, the Court observed that “Congress may legislate to address these problems if it deems it necessary and fit to do so.”  Whether Congress takes up that offer remains to be seen.

To learn more about the implications of this case, please contact the authors or a member of Jenner & Block's national, state and local tax practice group.