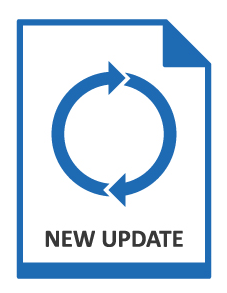 Since its inception, the Consumer Financial Protection Bureau (the “CFPB”) has faced controversy over its structure as an independent agency headed by a single director who can be removed by the President only for cause. Critics have invoked the unitary executive theory to argue that the Constitution permits an agency to enjoy independence from at-will termination by the President only if the agency is headed by multiple commissioners, directors, or board members.[1] About six months ago, the D.C. Circuit took a step toward silencing those critics by rejecting en banc a constitutional challenge to the CFPB’s structure.[2] But in another twist, two weeks ago news broke that the issue may remain unsettled, because in Consumer Fin. Prot. Bureau v. RD Legal Funding, LLC, U.S. District Judge Loretta Preska of the Southern District of New York explicitly rejected the PHH majority opinion and held the CFPB’s structure to be unconstitutional.[3] As discussed below, the new split of authority raises interesting questions going forward.

In RD Legal Funding, the defendant companies had offered cash advances to consumers waiting for settlement payouts. The CFPB and the New York Attorney General (the “NYAG”) alleged that these transactions were not sales transactions but loans and that these loans were made in violation of certain provisions of the Consumer Financial Protection Act (the “CFPA” or the “Act”).[4] Defendants moved to dismiss the complaint on three grounds, including that the CFPB is unconstitutionally structured and therefore lacks authority to bring claims under the CFPA.[5]

What the Ruling May Mean

A number of interesting questions and takeaways arise here:

First, one wonders if RD Funding will affect the CFPB’s choice of forum in bringing claims. A federal court in the District of Columbia that is now bound to follow the PHH majority may look more attractive after RD Funding, and that could affect the CFPB’s de facto practice of usually suing in the home district court of the defendant. That said, Judge Preska’s decision does not bind any other court, including any other court in the Southern District of New York. Thus, whether the CFPB will risk bringing other enforcement actions in the Southern District of New York is unclear. However, the opinion may create a strong incentive for the CFPB to forum shop.

Second, RD Funding confirms that the federal bench is unlikely to fall completely into line behind the majority opinion in PHH, and the issue of constitutionality remains ripe for those in the cross-hairs of the CFPB to raise. Even though the D.C. Circuit is influential, other courts may be more inclined to depart from that result now that one judge has already done so. As Judge Preska notes in her decision, several other district courts have addressed the constitutionality of the CFPB’s structure.[13] There also is an appeal currently pending before the Ninth Circuit on this issue,[14] and defendants will likely invoke Judge Preska’s decision to dismiss enforcement actions by the CFPB. Accordingly, the likelihood of a circuit split on this issue has increased following RD Funding.

Third, RD Funding suggests that the seven separate written opinions within the lengthy PHH decision may become something of a menu of options for judges facing the issue to select from. It is striking that Judge Preska wrote relatively little on the constitutional issue and merely adopted the reasoning of certain dissenting opinions in PHH. Most of the opinion focuses on whether the defendants are covered by the CFPA and if the plaintiffs have stated a claim for relief.

In sum, there appears to be much more to come regarding the constitutionality of the CFPB structure and the impact of any constitutional infirmity.