On Thursday, March 17, 2022, the Ninth Circuit issued a critical decision in California Chamber of Commerce v. CERT, No. 21-15745 (9th Cir. 2022), reinstating a preliminary injunction against the filing or prosecuting of any new lawsuits to enforce Proposition 65’s warning requirements as applied to acrylamide in food and beverage products.  The decision reinstalls a roadblock against future lawsuits and may offer a light at the end of the tunnel for the regulated community by signaling the existence of a valid defense against Proposition 65 claims where the health risks of a chemical remain subject to ongoing debate and disagreement from scientific experts.  The decision is a blow against Proposition 65 plaintiffs who had recently succeeded in petitioning the court to grant an emergency stay of the district court’s preliminary injunction pending appeal.

Proposition 65 provides that “[n]o person in the course of doing business shall knowingly and intentionally expose any individual to a chemical known to the state to cause cancer . . . without first giving clear and reasonable warning to such individual…”  A chemical is deemed to be “known to the state to cause cancer” if it meets one of three statutory criteria: (1) the state’s qualified experts believe “it has been clearly shown through scientifically valid testing according to generally accepted principals to cause cancer”; (2) “a body considered to be authoritative by such experts has formally identified it as causing cancer”; or (3) “an agency of the state or federal government has formally required it to be labeled or identified as causing cancer.”  See Cal. Health & Safety Code § 25249.8(b).  Where a consumer product contains such a chemical, the manufacturer / distributor of the product must provide a warning to consumers, unless they can affirmatively show that quantities of the chemical within the product are below certain “safe harbor” levels.  Manufacturers that fail to provide a warning notice may be subject to significant civil penalties, often pursuant to claims brought by private plaintiff enforcers.

A particularly controversial chemical on Proposition 65’s list is acrylamide. Unlike many Proposition 65 chemicals, which are often additives or ingredients within a consumer product or food, acrylamide is a substance that forms through a natural chemical reaction between sugars and asparagine, an amino acid, in plant-based foods – including potato and certain grain-based foods.  Acrylamide often forms during high-temperature cooking, such as frying, roasting and baking.  Acrylamide was added to the Proposition 65 list in 1990 “because studies showed it produced cancer in laboratory rats and mice.”  However, this conclusion is not shared by other experts—including the American Cancer Society and National Cancer Institute—who has stated that “a large number of epidemiologic studies . . . have found no consistent evidence that dietary acrylamide exposure is associated with the risk of any type of cancer.”  Between 2015 and October 2020, the State of California reported that it received almost 1,000 notices of alleged acrylamide violations sent by private enforcers to businesses selling food products in California.

In an effort to strike back against enforcement of Proposition 65’s warning requirements, CalChamber—a nonprofit business association with over 13,000 members, many of whom sell or produce food products that contain acrylamide—filed litigation in California federal district court seeking to vindicate its members’ First Amendment right to not be compelled to place false and misleading acrylamide warnings on their food products. CalChamber’s preliminary injunction motion sought to prohibit parties from “filing and/or prosecuting new lawsuits to enforce the Proposition 65 warning requirement for cancer as applied to acrylamide in food and beverage products.”  The Council for Education and Research on Toxics (“CERT”) intervened as a defendant and argued that, as a private enforcer of Prop. 65, an injunction would impose an unconstitutional prior restraint on its First Amendment rights. In Cal. Chamber of Com. v. Becerra, 529 F. Supp. 3d 1099, 1123 (E.D. Cal. 2021), the district court granted CalChamber’s request for preliminary injunction finding that CalChamber was likely to succeed on the merits of its First Amendment Claim. Citing Zauderer v. Office of Disciplinary Counsel, 471 U.S. 626 (1985), the district court held that to pass constitutional  muster, the warnings compelled by Prop 65 must “(1) require the disclosure of purely factual and uncontroversial information only, (2) [be] justified and not unduly burdensome, and (3) [be] reasonably related to a substantial government interest.” Because the Attorney General and CERT did not meet their burden to show the warning requirement was lawful under Zauderer, the district court concluded that CalChamber was likely to succeed on the merits of its First Amendment claim and granted the preliminary injunction against new Proposition 65 lawsuits regarding acrylamide.  While CERT appealed the preliminary injunction order, the Attorney General did not, and a divided motions panel of the Ninth Circuit granted in part CERT’s motion for an emergency stay of the preliminary injunction pending appeal.

On Thursday, the Ninth Circuit issued its final decision on the merits of the preliminary injunction, and affirmed the district court’s original decision.  Citing to the existence of “robust disagreement by reputable scientific sources,” the Ninth Circuit held that the district court did not abuse its discretion by concluding that the acrylamide warning was “controversial.”  Similarly, the Ninth Circuit agreed with the district court’s conclusions that a Proposition 65 warning for acrylamide would mislead consumers because “[a] reasonable person might think that they would consume a product that California knows will increase their risk for cancer…Such a consumer would be misled by the warning because the State of California does not know if acrylamide causes cancer in humans.”  Finally, the appellate court found that the record supported the conclusion that Proposition 65’s “enforcement regime creates a heavy litigation burden on manufacturers who use alternative warnings.” Specifically, the appellate court reasoned that upon receipt of a Proposition 65 notice of violation, “a business must communicate to consumers a disparaging health warning about food containing acrylamide that is unsupported by science, or face the significant risk of an enforcement action under Proposition 65.”  For these reasons, the Ninth Circuit found that the preliminary injunction was warranted and removed the emergency stay against its enforcement. 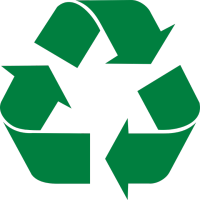 On October 5, 2021, California Governor Newsom signed SB 343, addressing recyclability claims on products and in advertising. The Act amends existing sections of California’s Business and Professions Code as well as the Public Resource Code relating to environmental advertising. These laws collectively provide California’s version of recyclability consumer protection laws, similar to but going beyond the Federal Trade Commission Guides for the Use of Environmental Marketing Claims (Green Guides).

Prior to SB 343, existing California law made it unlawful for any person to make any untruthful, deceptive, or misleading environmental marketing claim, and required that environmental marketing claims be substantiated by competent and reliable evidence. Additionally, a person making any recyclability claims was required to maintain written records supporting the validity of those representations, including whether, the claims conform with the Green Guides.

Those requirements are generally left intact, with additional obligations added by SB 343. The first big change made by SB 343 is to specifically add the use of the chasing arrow symbol as a way that a person might make a misleading environmental marketing claim in marketing or on a product label. (Business and Professions Code § 17580(a).) Next, SB 343 requires the Department of Resources Recycling and Recovery, by January 1, 2024, to update regulations requiring disposal facilities to provide information on recycling data. Based on the information published by the department, a product or packaging is considered recyclable only if the product or packaging is collected for recycling by recycling programs for jurisdictions that collectively encompass at least 60% of the population of the state. (Public Resources Code § 42355.51(d)(2).) The new law also provides additional criteria related to curb-side recycling, that grow more stringent over time, and PFAS content of plastic material, among other provisions. (Public Resources Code § 42355.51(d)(3).) A person making recyclability claims must keep written records of whether the consumer good meets all of the criteria for statewide recyclability pursuant to these new provisions. (Business and Professions Code § 17580(a)(6).)

This new law is another hurdle facing companies making environmental marketing claims. For companies selling products in California, it is not sufficient to simply follow the FTC Green Guides. Instead, companies must be aware of the specific nuances and requirements in California and developments in other states.