Contact Us
July 22, 2019 Eighth Circuit Reminds: The First Principle of Arbitration Is Get Consent 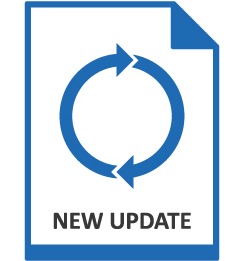 In recent years, the Supreme Court has issued many decisions about arbitration, including the enforceability of arbitration agreements and employment agreements that bar classwide arbitration.  Last week, the Eighth Circuit issued a decision in a case involving those issues, holding that an employment agreement’s arbitration clause mandating individual arbitration was unenforceable.  Shockley v. PrimeLending, -- F.3d. --, 2019 WL 3070502 (8th Cir. 2019).  The arbitration clause provided that the employee and the company agree to “resolve the covered dispute exclusively through final and binding arbitration,” that both parties waive “the right to initiate a class, collective, representative or private attorney general action,” and that “[a]ll Covered Disputes will be settled by binding arbitration, on an individual basis.”  The court did not find that belt-and-suspenders language defective in any way.  Rather, the court reasoned that a valid agreement to arbitrate had not been formed because the employer had provided the employee with a link to the agreement, but there was no evidence the employee had clicked the link or otherwise assented to the agreement.

The Eighth Circuit’s decision does not provide gloss on the Supreme Court’s arbitration jurisprudence—it does not even cite many of the Court’s recent cases.  The Eighth Circuit’s decision also does not discuss a novel legal theory or break new ground in the arbitration space.  Nor does it address one of the many open and often litigated issues related to arbitration.  Still, the holding is notable because it serves as an important reminder: even the best, clearest language in an arbitration clause (or any contract for that matter) is enforceable only if the parties actually agreed to it.  See, e.g., Lamps Plus, Inc. v. Varela, 139 S. Ct. 1407, 1415 (2019) (“‘[T]he first principle that underscores all of our arbitration decisions’ is that ‘[a]rbitration is strictly a matter of consent.’” (citations omitted)).

May 9, 2019 US Supreme Court Holds that Classwide Arbitration is Unavailable Unless the Parties Clearly Agree to It 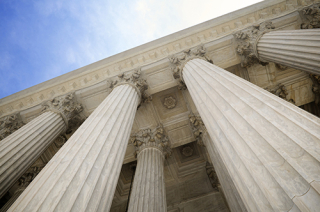 On April 24, 2019, the US Supreme Court issued its decision in Lamps Plus, Inc. v. Varela, No. 17-988, holding that classwide arbitration is not available unless clearly authorized by the parties.[1]  In a 5-4 decision authored by Chief Justice Roberts, the Court reasoned that when an arbitration agreement is ambiguous or silent about classwide arbitration, the parties have not actually agreed to it.[2]  As a result, the Federal Arbitration Act (FAA) does not allow a party to be forced into classwide arbitration based on an ambiguous agreement, even if state-law contract interpretation principles would construe ambiguity against the agreement’s drafter.[3]

The Lower Courts Order Classwide Arbitration Based on an Ambiguous Contract

The Lamps Plus case began when a hacker obtained access to tax information for 1,300 Lamps Plus employees.  The purloined information was used to file a fraudulent federal income tax return on behalf of one of company’s employees, Frank Varela.  Varela then sued his employer in federal court, asserting state and federal claims on behalf of a putative class of employees whose tax information had been disclosed.  Lamps Plus moved to compel individual arbitration based on an employment agreement Varela had signed, which said that “arbitration shall be in lieu of any and all lawsuits or other civil legal proceedings relating to my employment.”  The district court agreed that the language compelled arbitration but authorized arbitration on a classwide basis.[5]

Lamps Plus appealed, and the Ninth Circuit affirmed.[6]  The panel recognized that the agreement did not expressly address classwide arbitration but found that failure rendered the agreement ambiguous rather than silent.  Therefore, the panel found its decision was not controlled by Stolt-Nielsen S. A. v. Animal Feeds Int’l Corp., 559 U.S. 662 (2010), which held that a court may not compel classwide arbitration when an agreement is silent on the subject.  Instead, the Ninth Circuit followed California law to construe the ambiguity against the drafter.  Because Lamps Plus had drafted the ambiguous agreement, the court accepted Varela’s interpretation and allowed classwide arbitration.

The Supreme Court granted cert and reversed.  The majority framed the central question as “whether, consistent with the FAA, an ambiguous agreement can provide the necessary ‘contractual basis’ for compelling class arbitration.”[7]  No, it held:  “Class arbitration is not only markedly different from the ‘traditional individualized arbitration’ contemplated by the FAA, it also undermines the most important benefits of that familiar form of arbitration.  The statute therefore requires more than ambiguity to ensure that the parties actually agreed to arbitrate on a classwide basis.”[8]  “Like silence,” the majority explained, “ambiguity does not provide a sufficient basis to conclude that parties to an arbitration agreement agreed to ‘sacrifice[] the principal advantage of arbitration.’”[9]  Nor can the doctrine of interpreting ambiguities against the drafter.  In the majority’s view, that canon of construction is a rule of public policy that “is by definition triggered only after a court determines that it cannot discern the intent of the parties,” and therefore “cannot be applied to impose class arbitration in the absence of the parties’ consent.”[10]

Justices Ginsburg, Breyer, Sotomayor and Kagan each wrote a dissent.  Across nearly three times the number of pages as the majority, they contended that the Court lacks jurisdiction; the FAA is inapplicable for contracts where the parties had unequal bargaining power; classwide arbitration is not fundamentally different from bilateral arbitration; and neutral state-law rules of contract interpretation are not preempted by the FAA because they do not conflict with it.

What’s Next for Arbitration at the Court?

The Court’s pro-arbitration bent is by now well-known and well-established.  Earlier this term, the Court surprised some by handing down unanimous decisions in two different arbitration cases.[11]  Lamps Plus demonstrates that the Court’s trend of issuing sharply divided, defendant-friendly arbitration decisions is not likely to change any time soon.  The Court has not yet added any arbitration-related cases to its docket for October Term 2019,[12] and no notable petitions are currently pending.[13]  But a footnote in Lamps Plus may light the way to at least one open issue the Court could address in the future:  “whether the availability of class arbitra­tion is a so-called ‘question of arbitrability,’” and is thus a gateway issue to be decided by a court rather than an arbitrator.[14]

Jenner & Block has substantial experience in arbitration and class action disputes and appeals.  Partner Adam Unikowsky represented the Retail Litigation Center as amicus curiae at the Supreme Court in Lamps Plus.  Both Mr. Unikowsky and Associate Gabriel Gillett, members of Jenner & Block’s Appellate and Supreme Court Practice, have represented clients in cases involving arbitration and class actions across the country.  Partners Michael Brody and Howard Suskin, co-chairs of Jenner & Block’s Class Action Practice Group, have represented many clients in efforts to enforce and limit arbitration clauses.  Mr. Suskin serves as an arbitrator for the American Arbitration Association, FINRA, CBOE and NFA and has substantial experience interpreting the scope of arbitration clauses.