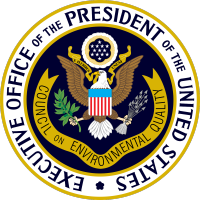 On Friday, February 19, 2021, the Council on Environmental Quality (“CEQ”) rescinded prior draft guidance issued under the Trump Administration in 2019 (the “2019 Draft CEQ Guidance”), which had limited the degree to which federal agencies needed to consider and quantify climate change impacts under the National Environmental Policy Act (NEPA).  The rescission of the 2019 Draft CEQ Guidance is the latest step by the federal government to implement President Biden’s Executive Order 13990, which was signed on President Biden’s first day in office (the “Day 1 EO”).  In addition to directing CEQ to rescind its prior guidance, President Biden’s Day 1 EO set forth numerous directives implementing the administration’s new climate change policy, including an order reinstating the Interagency Working Group (IWG) and directing the IWG to develop an updated “Social Cost of Carbon” (“SCC”) valuation to  better quantify the economic harms associated with the emission of carbon dioxide and other greenhouse gasses (“GHGs”).  Under the Day 1 EO, the IWG was directed to publish its new interim SCC value within 30 days of the Order and publish a final SCC value by January 2022.  Together, the Day 1 EO’s rescission of the 2019 Draft CEQ Guidance and reinstatement of the IWG signal a clear intent from the Biden Administration to significantly increase the degree to which federal agencies must consider and account for climate change impacts when enacting future regulation or taking other agency actions.

The origins of the SCC metric can be traced back to President Clinton’s 1993 Executive Order 12866, which required that federal agencies, to the extent permitted by law, “assess both the costs and the benefits of [their] intended regulation and…propose or adopt a regulation only upon a reasoned determination that the benefits of the intended regulation justify its costs.”  Compliance with Executive Order 12866 poses a unique challenge for federal agencies where a proposed regulation is expected to cause a significant increase or decrease of carbon dioxide or other GHG emissions, as the benefits or costs associated with these emissions cannot easily be quantified or compared to other metrics used in the agency’s cost-benefit analysis.

To assist federal agencies with this inherent challenge, the Obama Administration in 2010 convened the IWG with the goal of identifying a metric grounded in data that represents the long-term net economic damages associated with an incremental increase in carbon dioxide or other GHG emissions in a given year (typically measured in dollars per metric ton).  The resulting metric created by the IWG (the “Social Cost of Carbon” or “SCC”), provides an estimated monetary value representing a wide range of anticipated climate impacts resulting from CO2 emissions, such as net changes in agricultural productivity and human health, property damage from increased flood risk, and changes in energy system costs.  Although the IWG acknowledged a range of possible SCC values, the IWG set a mid-range SCC value of $21 per ton of CO2 emitted in 2010.  The IWG subsequently revised and modified its SCC value on several occasions, and most recently in 2016 when IWG revised the value of SCC to $42 per ton of CO2 emitted in 2020.

In August 2016, the Obama-era CEQ sought to promote the use of SCC beyond its original application (i.e., cost-benefit analyses of proposed regulations) by recommending use of the metric in applicable NEPA analyses.  To that end, the Obama CEQ issued final NEPA guidance  (the “2016 CEQ Guidance”) recommending that federal agencies utilize the IWG’s SCC valuation to quantify the environmental impact of increased GHG emissions resulting from their proposed actions.  As a result of the 2016 CEQ Guidance, federal agencies were advised for the first time to consider applying the SCC not only to weigh the costs and benefits of proposed regulations, but also to quantify the costs of increased GHG emissions associated with their proposed actions where such actions trigger the requirements of NEPA.

Following the 2016 election of President Trump, the use and impact of SCC as a decision-making tool significantly declined.   In March 2017, pursuant to Executive Order 13783, the Trump Administration disbanded the IWG and withdrew its existing SCC valuation “as no longer representative of governmental policy.”  As a result, federal agencies under the Trump Administration set their own SCC values, which resulted in an average value between $1 and $7 per ton of CO2 emitted in 2020.  The Trump Administration also rescinded the 2016 CEQ Guidance and published its own draft guidance (the “2019 Draft CEQ Guidance”) rejecting the application of SCC to quantify the impacts GHG emissions in NEPA reviews.  Finally, while not directly addressing SCC, the Trump Administration issued a regulatory overhaul to NEPA that aimed to reduce the type of environmental impacts that a federal agency must consider during a NEPA review.

The Day 1 EO and subsequent rescission of the 2019 Draft CEQ Guidance signal a strong intention by the Biden Administration to reverse the climate change policies enacted by the Trump Administration.  Under the Day 1 EO, the IWG has been instructed to set a SCC value that “capture[s] the full cost of greenhouse gas emissions as accurately as possible, including by taking global damages into account.”  Based on these instructions, experts have predicted that the IWG’s interim SCC  value is likely to be set at $125 per ton or higher.

While federal agencies await the imminent release of IWG’s interim SCC value, federal agencies may—at least in the context of NEPA reviews—look to the most recent 2016 SCC value set by the IWG prior to its disbandment.  In the published rescission of the 2019 Draft CEQ Guidance, CEQ advises that until new guidance is provided, federal agencies “should consider all available tools and resources in assessing GHG emissions and climate change effects of their proposed actions, including, as appropriate and relevant, the 2016 [CEQ] Guidance.”  Of course, the 2016 CEQ Guidance itself recommends that federal agencies rely on the 2016 SCC valuation to quantify climate change impacts associated with agency actions.

The Biden Administration’s decision to resurrect the IWG and revoke the 2019 Draft CEQ Guidance is expected to have a significant impact on a wide scope of federal agency actions with the potential to increase or decrease GHG emissions.  Upon the enactment of the new SCC value, federal agencies will be required to afford greater weight to potential climate change impacts during their decision-making process.  As a result, industry may expect an increase in new regulations aimed at reducing GHG emissions, as well as greater challenges in securing federal approval to engage in GHG-intensive activities, such as oil, gas or coal mining. 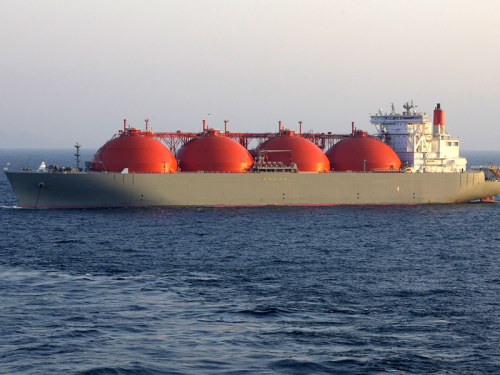 The Trump administration continues its efforts to issue new regulations in advance of January 20, 2021, with the Department of Energy (DOE) issuing a final rule that will exempt certain liquefied natural gas (LNG) projects from National Environmental Protection Act (NEPA) review.  The final rule, published in the Federal Register on December 4, updates DOE’s NEPA implementing procedures with respect to authorizations issued under the Natural Gas Act in accordance with the recent revisions to the NEPA regulations as further described below.

According to DOE, the focus of the new rule is to clarify the scope of DOE’s NEPA obligations with respect to LNG projects and more specifically, to eliminate from the scope of DOE’s NEPA review potential environmental effects that the agency has no authority to prevent.  Because DOE’s discretionary authority under Section 3 of the Natural Gas Act is limited to the authorization of exports of natural gas to non-free trade agreement countries, the rule limits the scope of environmental impacts that DOE must consider to the impacts associated with the marine transport of the LNG commencing at the point of export.

To that end, the final rule revises DOE’s existing Categorical Exclusions (CATEX) to reflect that the only elements of LNG projects subject to NEPA review is the following:

B5.7 Export of natural gas and associated transportation by marine vessel.

Based on prior NEPA reviews and technical reports, DOE has determined that the transport of natural gas by marine vessel normally does not pose the potential for significant environmental impacts and therefore qualifies for a CATEX.  As such, the only reason that DOE would be obligated to engage in a NEPA review of a LNG project would be if “extraordinary circumstances” were deemed to be present that could not be mitigated and therefore would preclude DOE's reliance on this CATEX.

The revised CATEX also removes the reference to import authorizations from CATEX B5.7 because DOE has no discretion with respect to such approvals.  Finally, the final rule also removes and reserves CATEX B5.8 and classes of actions C13, D8, D9 because these actions are outside of the scope of DOE’s authority or are covered by the revised CATEX B5.7.

Interestingly, although the Federal Energy Regulatory Commission (FERC) has responsibility for approving the construction of LNG export terminals, it has previously declined to analyze the greenhouse emissions associated with such projects, noting that DOE is the appropriate agency to consider such impacts.  However, with DOE now concluding that these projects are categorically excluded from such reviews, it remains to be seen if FERC will reconsider its approach to these operations.

The final rule is scheduled to take effect on January 4, 2021 and it remains to be seen what if any action a new Biden administration might take in response to this rule.  Assuming that the Republicans retain control of the Congress, DOE would be required to go through the formal withdrawal process.  Alternatively, if the Democrats take control of the Senate, the regulation could be repealed pursuant to the Congressional Review Act.

We will continue to track the Trump administration’s ongoing effort to finalize regulations in advance of January 20th as well as efforts by any new administration to rollback these regulations on the Corporate Environmental Lawyer.