Contact Us
January 22, 2020 U.S. Navy Does Not Have to Pay to Monitor Residents for PFOS/PFOA Exposure Issues 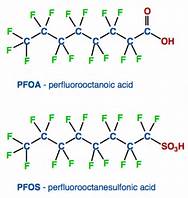 In our previous blog post, we discussed the case of Kristen Giovanni, et al. v. Navy. As an update, on January 15, 2020, the district court judge said that the Navy did not have to pay to monitor residents for potential health issues linked to PFOS and PFOA exposure.

The court dismissed the suit finding that the regulator's failure to designate the chemicals as hazardous substances precluded the plaintiffs from filing under state law. To qualify for medical monitoring, Section 1115 of Pennsylvania’s Hazardous Sites Cleanup Act (HSCA) stated that citizens must have been exposed to a hazardous substance, a designation that PFOA and PFOS lack under either federal or state law. The judge reasoned that “merely having the essential qualities of a hazardous waste…is not enough to be a hazardous substance under HSCA.”

The plaintiffs’ attorney said that the decision would not be appealed but they would see what could be done in the future if the substances are designated as hazardous substances.